We are all mortals, and this means we would age at some point in our lives. Aging means not only having grey hair but also succumbing to diseases and becoming more fragile and weak.

However, you could do certain things to age gracefully, so to speak; these help to hold off the effects of passing time. One of the better kept secrets is to increase your intake of antioxidants.

The Theory of Aging 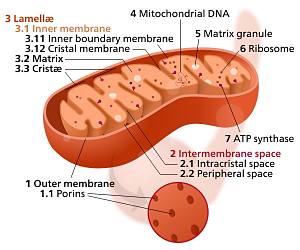 Why do humans age? This intriguing question has attracted quite a few plausible answers. Understanding them is fundamental to reversing the effects of aging.

One of the most important theories on aging pertains to mitochondrial function. Mitochondria are organelles that serve as the source of energy of each cell in the body.

Scientist Denham Harman proposed in the 1950s that mitochondria is the biological clock that determines the longevity of a person.

He had a theory that oxidative damage to this part of the cell causes aging. It would form the foundation of the free radical theory of aging, which up to this day is the most universally accepted explanation. Harman’s proposition was that humans and other organisms age because their cells accumulated free radicals.

Free radicals are atoms or molecules with an unpaired electron in the outer shell. These substances then scavenge the body for cells where it would release an electron to, or nab one from, another molecule. The process is called oxidation, a chemical reaction characterized by such transfers of electrons.

Oxidation leads to damage to the molecules, resulting to the accumulation of free radicals within the body. Over time, free radical damage can cause diseases, loss of functionality, and ultimately death. At the root level, mitochondrial health and support becomes critically important.

Antioxidants — Why Are They Important?

Eventually, it was discovered that there is something able to counter free radicals after all. These are called antioxidants, which are molecules that inhibit the oxidation of other molecules. They do so by getting rid of free radicals and preventing other oxidative reactions. 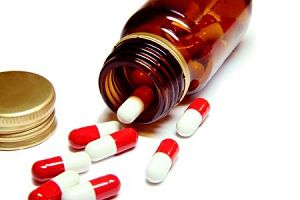 Antioxidants can be naturally occurring and man-made. The latter types are widely found in dietary supplements and have been found to be effective in reducing risks of diseases like cancer, coronary heart disease, stroke and arthritis.

Be aware though that potency and efficacy can differ a lot between a top quality antioxidant supplement and generic ones.

Antioxidants that are naturally occurring include vitamins and minerals such as Vitamins A, C, E and selenium. These are found in fruits and vegetables, such as squash, oranges, broccoli, potatoes, strawberries and carrots. Others are found in foods like tea, coffee, whole wheat cereals, legumes, nuts, meat and eggs.

There are antioxidants made in the human body, like coenzyme Q10, better known as CoQ10. This compound is important for basic cell function; but like most substances made naturally by our body, its production would diminish with age.

CoQ10 levels in the body may also be affected by certain types of prescription drugs. People who suffer from cancer, diabetes, HIV, and Parkinson’s disease have been found to be low in CoQ10.

Some of the best CoQ10 supplement makers say that the antioxidant can also fight chronic fatigue, asthma and eye disease; as well as lower high cholesterol levels. Cell Fuzion, made by Global Healing Center (GHC), is a fine example of such a health supplement.

Get to know Cell Fuzion and all its anti-aging benefits

This top product not only contains CoQ10 in a pure form, but also quite a handful of other potent ingredients that make it the best antioxidant supplement for our body. It protects the body at the cellular level from the inside out, including DNA, and strengthens the immune system. The review here has more details about Cell Fuzion…

A common misconception is that antioxidants can cure cancer. There have been several studies made by researchers trying to find out how to kill cancer cells — they concluded that taking antioxidant supplements during cancer therapy won’t increase the effectiveness of the said therapy.

Antioxidants not only boost your immune system and make you less likely to be afflicted with serious ailments; these substances could also make you look younger. One of its more important health benefits is the positive impact on the skin. 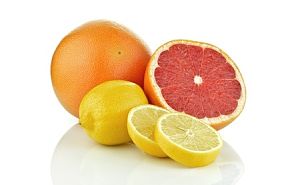 Being one of the most powerful antioxidants, vitamin E can make your skin look young and give you a fresher complexion. Certainly one of the agents to rely on to achieve healthy aging.

This substance is similar to vitamin C; the latter has advanced anti-aging properties and is able to promote young-looking and smooth skin while preventing wrinkle breakouts.

Aside from vitamins C and E, there are other antioxidants with skin benefits, like astaxanthin and pycnogenol. It comes as no surprise that some of the best skin care products contain these two substances.

Astaxanthin is a carotenoid that is produced by micro-algae. This is the same substance that gives salmon fish and the flamingo their pinkish color. It has been discovered to be effective in reducing inflammation, protecting the skin against the effects of ultraviolet rays and even reduce wrinkles.

On the other hand, pycnogenol comes from the bark of Pinus pinaster, a French maritime pine. It has anti-inflammatory properties. Skin care solutions which have this ingredient can help defend the skin against UV ray-induced damage due to exposure in the sun. Additionally, pycnogenol can boost microcirculation and protect collagen against degradation.

There’s also lycopene, which like astaxanthin, is a carotenoid. This antioxidant is found in some fruits and vegetables which are red in color. It improves the texture of the skin as it supports collagen production. It also promotes DNA protection, reducing wrinkles in the process.

As it is gets absorbed easily by the skin, Lycopene is widely deployed in many skin care products.

Some antioxidants not just take good care of your skin but also promote good health. Eating foods that are rich in these compounds could help you fight the obvious signs of aging.

Zinc and beta-carotene, for example, protect the eyes and prevent against a leading cause of blindness: macular degeneration. People with this health condition should eat foods rich in zinc and beta-carotene — green leafy vegetables like spinach and collard are great choices — to slow down its progress.

Calcium and vitamin D found in dairy foods contribute to the development of strong bones and prevention of osteoporosis. It is ideal to opt for low-fat dairy instead of regular dairy, since this can lower cholesterol and lessen risks of heart diseases.

Omega fatty acids, found in fishes like salmon, tuna and herring, can be regarded as anti-aging antioxidants as well. These fatty acids protect the heart and lower the risks of stroke and Alzheimer’s disease.

Choose your source of antioxidants wisely. Always make it a habit to eat green leafy vegetables, plenty of fruits, and other foods rich in antioxidants. When getting dietary supplements, buy quality health supplements like Cell Fuzion and go for the best skin care products too. All these considerations can help you look younger than your actual age.

The bottom line is there are good healthy aging tips available to help you. Embrace the right ones, like picking antioxidants and vitamins for health, to enhance your odds of staying younger for longer.